Every one of us has a list of people who admire or respect. So, I decided to share mine with you. Of course, it is not complete but features some of the persons I consider essential, each in their field. Some are my favorite reviewers, others are important historical figures, and others are innovators or Tech experts. I must emphasize that the order is random because I think it is wrong to put them otherwise. In addition, I will have a brief description and information about them for you to search and learn more on your own. But enough with the tiring introduction. Let me proceed to the main menu. 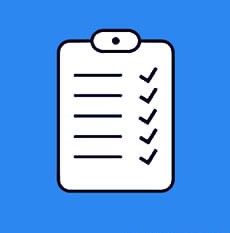 An English Polymath. He was an influential philosopher, mathematician, inventor, and engineer. He conceived the origin of digital programmable computers. You can learn more here.

A great inventor, scientist, and eccentric personality. The definition of a genius. I believe we all know his rather incompetent relationship with Thomas Edison. Please, visit his Wikipedia page.

The definition of a Polymath. Widely known for Neumann Architecture, which was named after him. The present Personal Computers, like the future ones, would have been nothing without his concept. Feel free to learn more about him here.

A Great Mind in a rather Dark Age. You see, being homosexual back in his day was a crime. Sentenced or better betrayed by the Nation which loved, served, and saved. Discover Alan Turing here.

Everyone, when hears about Apple Company, thinks of Steve Jobs. I think this is quite unfair. “Woz” was the true wizard behind Apple’s early days.

Also known as Mr. Linux. One of the most important Techies of our time. Thank you, Linus.

Maybe it is wrong to put him just after Linus. Or perhaps it isn’t. Mr. Microsoft or Mr. Windows. Whatever you can tell about him, good or bad, one thing is true. Modern-day Operating Systems and Technology, in general, wouldn’t be the same without him.

Do you think that Microsoft is only Mr. Gates? No, it isn’t. Let me introduce his colleague in the early Microsoft years. Microsoft will always be Bill and Paul.

Mr. C++. A programming language that you may love or you may hate. Mr. Stroustrup is the person responsible for this “mess.”

Known for C and B Programming languages. But maybe his most important moment was UNIX, the “mother” of today’s Operating Systems, which was co-developed by him.

He is one of the most famous Hackers of all time. Let Wikipedia inform you more about him.

The lady on my list. She was better known for her prosperous acting career. But WiFi and GPS are here because of Ms. Hedy. Her contribution wasn’t awarded until recently. Being a woman back then wasn’t an advantage, unfortunately.

The co-founder of Kali Linux (BackTrack) and Offensive Security. World of Hacking would have been darker without his contribution.

The most notorious Greek Hacker. Dassault Group would remember him very well.

Aka, Jon Gerow. A specialist and reviewer changed the game in the PSU tech area with numerous articles on his site.

Aka crmaris. A Greek reviewer, owner of Cybenetics Ltd (the Cybenetics Certification is regarded as better and more accurate than 80Plus), and developer of Powenetics (Nvidia, you know). His articles are hosted on some of the most important Tech sites around the globe. He also runs two YouTube Channels, Hardware Buster (Greek) and Hardware Busters International.

Aka Steve of Gamers Nexus. One of the most famous and respected reviewers. He owns the Gamers Nexus site and Youtube channel.

He is a famous reviewer and one of the best of his kind. Owner of IgorsLab site and Youtube channel.

Cpu specialist, one of the best reviewers of his kind, and Deputy Managing Editor in the World’s biggest Tech site, TomsHardware.

Aka Kostas of TheTechLads. A Greek Tech Youtuber that his reviews and Hardware Buster are regarded as one of the best and well analyzed in the Greek Tech Community. He is the co-founder of TheTechLads Youtube channel, which unfortunately is only for Greek-speaking audiences.

This is just my subjective list and, as I already stated, is not even complete. But what is your opinion? Do you think that I forgot someone? Please feel free to share your thoughts or suggestions in the comments section. I’d be more than happy to read and even answer your replies.