Nvidia decided to unlaunch RTX 4080 12GB Graphics cards. This unusual decision was a real surprise for Tech Community. Not a bad move nor too important. Just… unusual. And left us with unanswered questions. RTX 4080 12GB was a Card which received negative criticism from the Tech Community. Basically, because of its specs -which isn’t only less VRAM, but also generally less powerful- wasn’t worthy of an RTX 4080, but more of an RTX 4070/Ti. Considering its differences with RTX 4080 16GB and its price, of course. The latter will officially set to launch at November 16.

So, there was negative reception and the feeling that Nvidia was trying to cheat on us. Company’s PR Section, handled it wisely, someone could say. Their official statement of unlaunching their product was trying to convince us, that they did it because they hear their customers, vicariously. According to Nvidia, RTX 4080 12GB was an amazing product but they found it confusing to offer two products of the same name -without similar performance, I should also add-. The name wasn’t right. As I already mention, was closer to what a 4070/Ti would have been, considering previous similar products and its price. 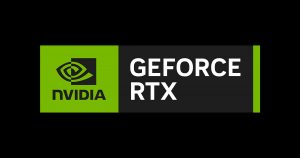 But rumours are spreading, throughout the Community, after GPU Colossus statement. The most popular is that this Card will be rebranded as RTX 4070/Ti. Considering all facts, this wouldn’t have been so strange after all. Actually, seems possible. Don’t forget that in their stament they mention that the Card has a wrong name. Nvidia played it well. And the product would be launched with a suitable name and Nvidia seems like respecting its customers and everyone would be happy. Right? Well, it depends. For sure, is a well-played strategy move. But still, is just that. At least, we won’t have to buy a Card, which isn’t what would never meant to be. If the rumours aren’t only rumours, of course. One thing is for sure. Nvidia unlaunched a product. A product which wasn’t well received. We don’t meet often moves like these. And this might mean something. Something positive.

But what is your opinion about Nvidia’s unlaunching? Do you think is something positive or just a move to impress us?Maybe a rather indifferent move?

Feel free to share your thoughts in the comments section or our Forum.